4 Strange Islands on The Earth 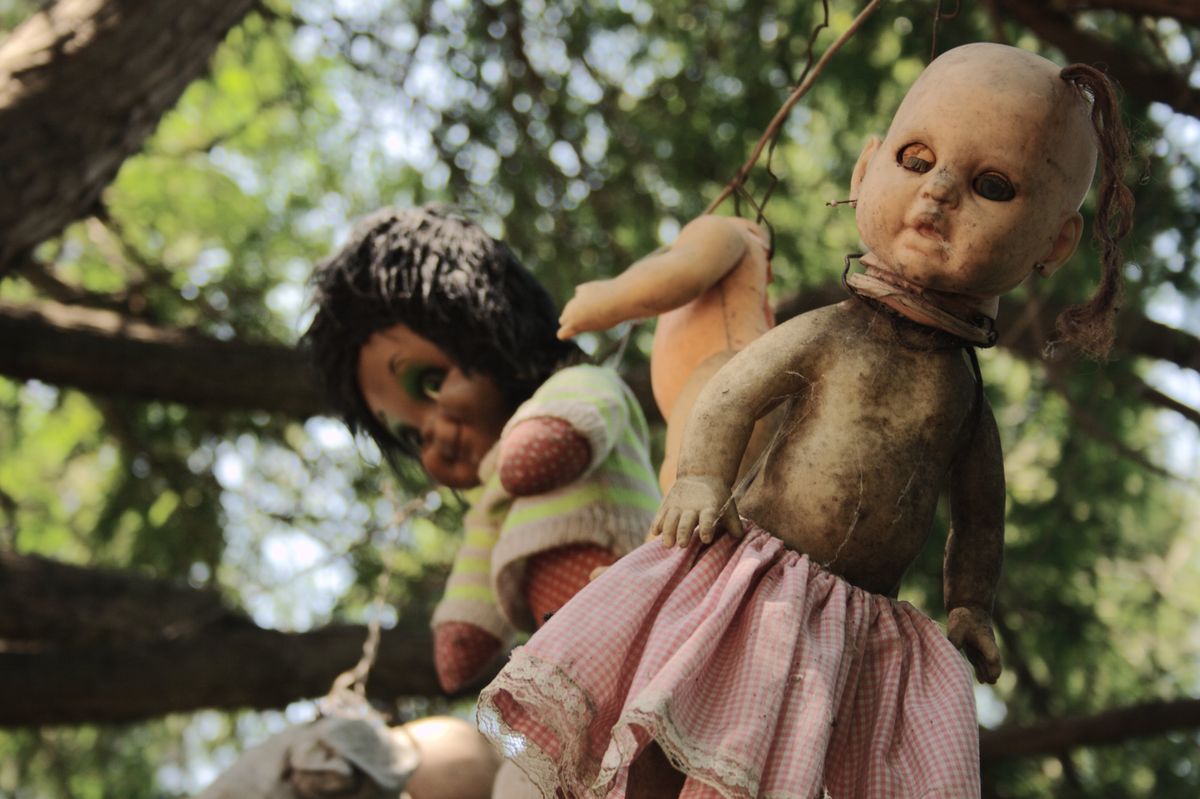 Private islands are associated with enjoyable solitude and comfort, or with adventurism and adventure. However, there are islands that play by their rules and surprise visitors with unique conditions, strange inhabitants, and mystical stories. Moreover, some of these lands do not attract tourists, because they are dangerous to life. In this article, we will talk about the strangest mysterious islands in the world.

Ilha da Queimada Grande or the Snake Island in Brazil

It seems like there is no top of the most dangerous, mystical or strange islands without this one. And if you have herpetophobia, it is better to skip this information, otherwise, you risk having nightmares for a long time (we are serious 😱).

So the peculiarity of the island is that it became home to one of the most dangerous species of snakes — golden lancehead vipers, and the island is literally teeming with these unfriendly reptiles. In total, there may be between 2,000 and 4,000 snakes on the island, and their venom is deadly to humans. Thus, the entry of golden viper venom into the body leads to death in less than an hour, causing necrosis of muscle tissue, haemorrhage into the brain and intestinal bleeding. Ilha da Queimada Grande is literally a natural serpentarium. And for every meter, there is at least one viper.

Although there are rumours that snakes were brought to the island by pirates to protect the treasures, but researchers believe otherwise. The fact is that 11,000 years ago the sea level rose significantly and separated the lands that are now Snake Island from the mainland. Thus, snakes began to develop in a different way than their mainland relatives. Due to the lack of predators, they multiplied rapidly, and due to the need to feed on migratory birds, reptiles produced a strong poison that killed the victim in minutes.

Visiting this for some people the scariest island in the world is now strictly controlled, although it should be noted that few people would agree to travel to Snake Island.

After talking about snakes, let’s talk about something nicer and more enjoyable. A small island located in the inland Sea of ​​Japan immediately comes to mind. Okunoshima is a grassy island with beach resorts and numerous marinas. So far, no wonder, but there are a huge number of rabbits, because of which the island got its name.

Where did they come from — a question without a single answer. Some say the rabbits had been the test subjects of the government, which has been testing with poison gas since 1929. Others — that they were brought to attract the attention of tourists. Still, others claim that several animals were released from the local school and they quickly multiplied on the island.

One way or another, the island is now open for visits. And everyone can get here to relax from the hustle and bustle and watch the eared creatures.

Sable Island or Graveyard of the Atlantic in Nova Scotia

Another amazing island — Sable Island — amazes with its inhabitants and mystical stories. A lot of wild horses roam freely here, and on the beaches, you will find the largest colony of grey seals. Moreover, in these lands, you will find a large number of birds and unique animals that you will not find anywhere else in the world. But the plant world is not so rich. There are almost no trees here due to severe winters, only bushes and low-growing plants. Where the horses came from on the island remains a mystery.

But despite such diversity and beauty of the animal world, Sable Island is also called the “Cemetery of the Atlantic”. More than 350 accidents occurred near the island during sailboats. The disasters were caused by sand displacements, rough seas and thick fogs caused by the island’s proximity to the cold Labrador Current and the warm Gulf Stream.

You might find it interesting as well: Forbidden Islands — 7 islands You Should Never Visit

The Island of the Dolls in Mexico City

And now let’s talk about another mystical island located near the Mexican capital. There really is a paranormal atmosphere.

So the island is known for a record number of dolls hanging on trees. The spectacle is really scary: some dolls have been hanging on branches for a long time, some of them lack legs and arms, and sometimes only heads or other parts of the body are hanging. Legend has it that in the 1950s, the island’s sole owner, Don Julián Santana Barrera, learned that a girl had drowned nearby and then found a doll he hung on a tree, either in memory of the drowning woman or to protect him from an evil spirit. After that, he began to hear terrible sounds, screams and footsteps, and each time hung a new doll in the trees to calm the restless soul. He found toys in dumpsters or garbage dumps, asked children or exchanged dolls for vegetables and fruits.

In 2001, the owner was allegedly found dead near the place where the girl drowned. By the way, there is information that Santana was very superstitious and obsessively preached the Bible, that`s why he was expelled from the Barrio de la Asunción.

The story is quite realistic, but believe it or not — it’s up to you. The fact remains that the island really puts tourists in a terrible and mysterious state, so they come here for adrenaline. Now you can visit the island and add another doll to the collection of this place, sailing to it by boat from the pier Xochimilco.

Mystical and strange islands in the world

Maybe everything in the world has its own explanation. However, many travellers are invariably attracted to mysterious islands, weird islands, abandoned cities, and mysterious places. Perhaps in this way, we fight the basic human fear — the fear of death. Perhaps some people always need a dose of adrenaline to feel alive. And perhaps these two explanations are equal. In any case, there are many places in the world that are waiting for their daredevils and hold a lot of conundrums and questions that are difficult to answer. If you know such scary islands in the world, share the information with us in the comments.