The Most Complete Guide to the Balearic Islands 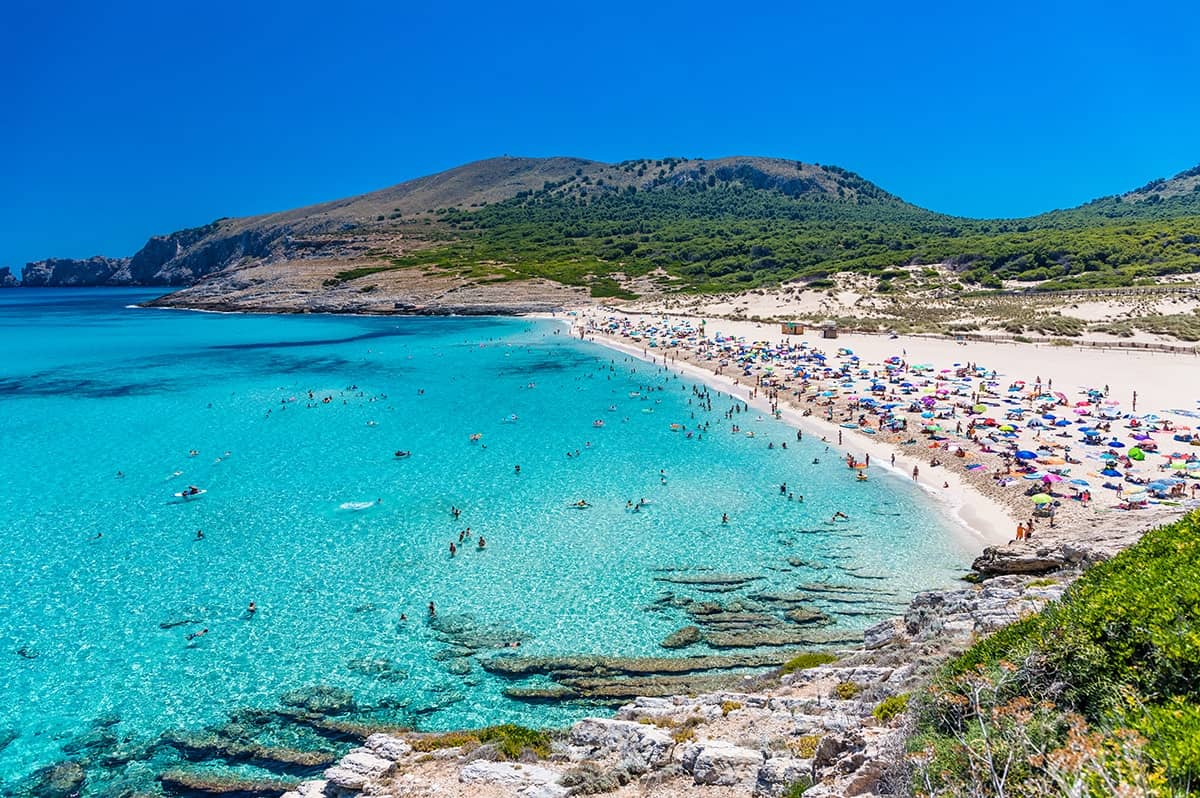 Europe is full of beautiful places worth visiting. The Balearic Islands are no doubt one of these directions. Spectacular sites, rich nature, lots of entertainment, and authentic features make Baleares Islands a real Makkah of tourism in the Mediterranean region.

As there are lots of interesting things to do and to visit on Baleares, let’s discover them in a full in our complete guide.

The next question, which is often of interest to tourists, is what are the names of the Balearic Islands. Among the major islands are the following:

Besides larger islands, the Balearic archipelago consists of lots of small isles and rocks. The most famous among them is Cabrera, the isle where Cabrera National Park is located.

One of the features of the Balearic Islands is their diversity of landscapes. Mallorca has mountain ranges and hills, Menorca is famous for its picturesque plains, and all the islands delight tourists with luxurious beaches.

Climate and Sites of the Balearic Islands

The sunny Balearic Islands have become a popular tourist destination primarily due to their climate. Thanks to its favourable location right between Europe and Africa, the climate of this archipelago is especially mild. There are no sharp temperature fluctuations here, in winter, the temperature does not drop below +5 Celsius. And in the summer months, the temperature on the Balearic Islands is kept at 29-30 degrees Celsius.

At the same time, the climate is quite dry, easily tolerated, and has no contraindications, unlike the tropics. Rain in the Balearic Islands is rare in summer, but there are also heavy showers from time to time. The rainiest months of the year are September, October, and November. And in summer, the sun shines for 11 hours a day, which is especially appreciated by fans of a beach holiday.

Besides the comfortable climate, the Balearic Islands attracts by their attractions. Let’s look at the main ones, grouping them by islands.

Mallorca’s Sites Worth Your Attention

The first and the most interesting thing to do in Mallorca is to visit one of its deluxe resorts. Beaches on the Mediterranean shore are cosy and comfortable. The most famous recreation beach zones of that island are as follows:

Besides resorts, you can also visit the Cathedral of Mallorca island to look at that masterpiece of Gothic architecture. For the family journey, there is also an opportunity to explore ostrich farms and other green tourist locations on that island. Besides, you shouldn’t neglect an opportunity to visit Sierra de Tramuntana, which is included in the UNESCO list of world heritage sites.

Menorca is one of the Balearic islands with a rich cultural heritage. You can enjoy colonial and local architecture sites throughout the island. Besides, there is an ancient feast tradition that came from Middle Ages. Visiting feasts hold all year long is one of the popular touristic entertainments.

You will be able to see all the best sights of the island while travelling through Mahon, Ciutadella, and Santa Agueda Castle, an ancient fortress on the La Mola peninsula. And, of course, the famous Fort Marlborough is also worthy of being included in this list.

It is not even worth mentioning that Ibiza is the centre of club culture in the Mediterranean region. But not only clubs and beaches are of interest. It is also worth visiting Ibiza Castle, built on the highest point of the island in the 12th century. And there are many Renaissance ruins, ancient Phoenician archaeological sites, Dalt Villa monuments and other UNESCO heritage sites.

Unlike other Balearic islands, Formentera is a stronghold of gastro-tourism, since there are many wineries and farms on the island. It is also the shopping centre of the archipelago. As for natural attractions, tourists should visit the Punta de San Perdera quarry and visit the Estany des Peix lagoon.

The economy of the archipelago is largely based on tourism. The Balearic Islands belong to Spain, and this leaves an imprint on the development of the region. Agriculture and gastronomy are also well developed here.

If you are going to settle in the Balearic Islands, you should think about integrating into the local economy. It is also a paradise for freelancers who do not depend on the specifics of the region.

You can also easily rent the local property for the short or long term.
We recommend that you consider options near airports in the Balearic Islands, especially if you need to travel frequently to European countries on business.

Pros and Cons Living in the Balearic Islands

There are only a few drawbacks to this archipelago. It is the need to know Spanish or Catalan, the main languages of the region. Also in recent years, there have been Balearic Island travel restrictions related to COVID-19. But now the islands are opening their borders to everyone, and you won’t have to suffer for lack of vaccinations.

Check all the available European private islands for sale on Find Islands you`ll find by link.