Ellidaey and the loneliest house in the world 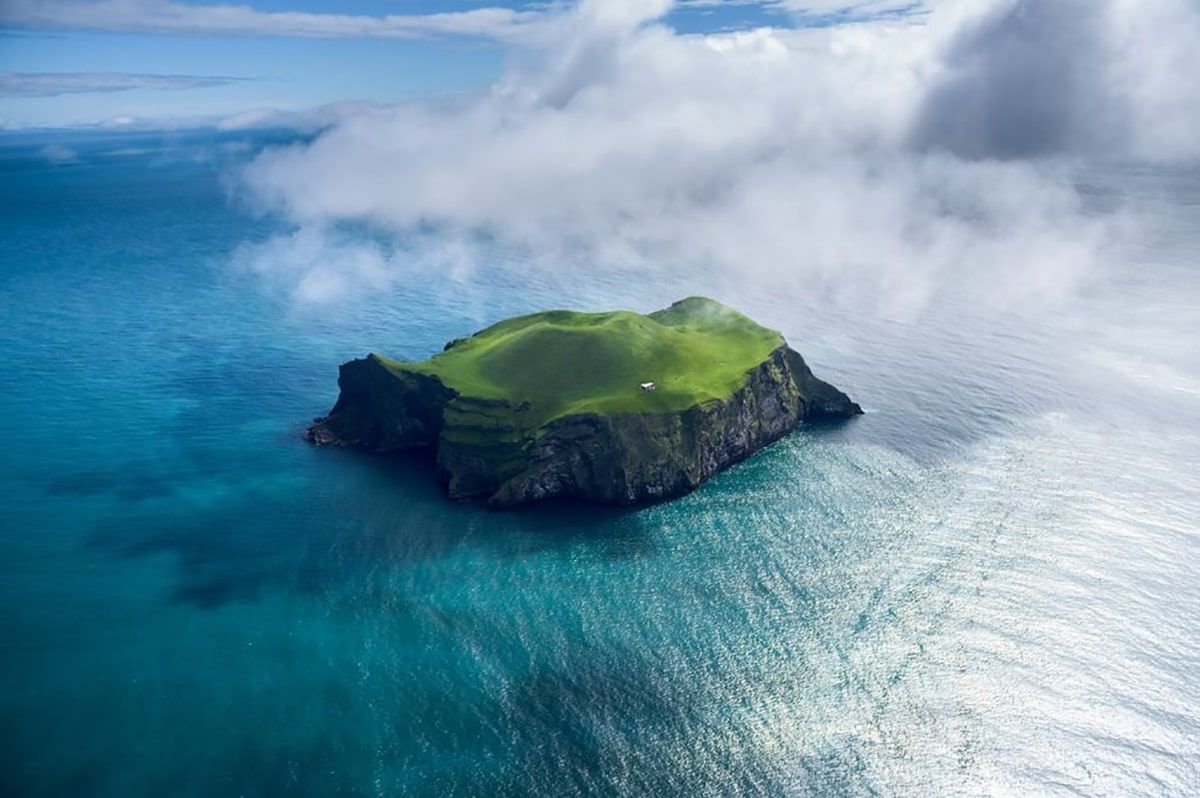 In 2020, most countries implemented self-isolation to prevent coronavirus. At that time, photos of a house on a small island of Iceland became virally popular with the caption “the loneliest house in the world”.

This building has been called “an ideal place for self-isolation” and “a horror for the extrovert. At the same time, it is full of various histories. Among the most popular is that it was created by a billionaire to escape from the zombie apocalypse and that it belongs to the Icelandic singer Björk.

You’ve probably heard something about it or seen at least one of the numerous photos on social networks. But we will try to make an exciting and informative story, which will give answers to most questions about this house. Don’t be surprised if after reading this article, the idea of visiting the mysterious house on the island will seem intriguing for your next trip.

Where is the most isolated house on Earth?

The famous lonely house is located on Elliðaey island at the coordinates 63.465252, -20.174782. It is located 9 kilometres off the southern coast of Iceland. The island is part of the archipelago of the Westman Islands and is the third among them in size. Its area is only 0.45 km2.

The island was formed as a result of volcanic activity about 5-6 thousand years ago. The highest point of the island is at an altitude of 114 meters above sea level.  The island is included in the list of natural reserves and protected areas, as it is the main nesting place for puffins and other seabirds

History of the Lonely house on the island

Ellirey has not always been an island with one house on it. The building, which stands on the island now is a hunting lodge, which was built by a group of hunters in 1953. These hunters were the descendants of families who used to live on the island and would occasionally return to the island to hunt.

Historical sources tell us that earlier the island was not only inhabited but also had more buildings and lived a full life. In the “Iceland Adventure Guide,” which was published in 2008 by Don and Marjorie Young, there is an overview of life on the island hundreds of years ago.

A long time ago there were fishing camps all over the island, but by 1702 only one remained. Three farms were also built, with 17 people living on them. About 258 sheep and other times even cattle grazed there.

In the early 1800s, only four or three people lived on the island, but by 1845 this number had grown to 15. Before 1920 the number of inhabitants dropped again to five.

In the years 1914 to 1929 Olafur Jonsson and his family first bred foxes on the island. Until 1960 Elliðaey was completely abandoned. It was very difficult to survive on the remote island, so people moved to the mainland.

Now there are no permanent residents on this lonely house on the island, but apart from hunters and scientists, the Elliðaey island hunting lodge is often visited by tourists.

The world’s loneliest house inside

In 2017, Icelandic YouTube blogger Bjarni Sigurdsson made a trip to the island and showed the interior and exterior of the famous house in the video. Despite the fact that most of the sources say that there is no electricity in the building, you can see on the video that there are sockets and electrical appliances in the building. In the comments to the video, we found information that a travel power station is being used.

Bjarni was followed by blogger Ryan Trahan to the house on Elliðaey island. In his video, you can also see how to get to the island, what the house looks like, the neighbourhood and what kind of animals and birds live on the island.

Moreover, despite the fact that the building does not have running water, the video shows a modern bathroom with a shower and washbasin.

How to get to the house on Ellidaey island, Iceland in 2022?

The island has no permanent communication with Iсeland, besides, Ellidaey is considered a reserved area. If you are not a member of a hunting association or a close friend or relative of one of their members, it may be difficult to get to the lodge.

However, if you really want to go to the island, you will succeed. It will be important to find a person who will take you to the house and will be able to take you back.

In the comments under the same video by Bjarni Sigurdsson, we saw information that you should contact local resident Ragnar, who is in the video. In addition, there is information that living in the building is free of charge.

Who owns the loneliest house? And what does Björk have to do with the island?

As you may have already understood, the single house on the island belongs to the hunters who built it. And if you wanted to know the Ellirey island price, it is still not for sale.

Because of its solitude, the house on Ellidaey island has become a perfect subject for numerous rumours. In particular, one of the most famous is the story about the island and the house belonging to Björk.

Let’s start with the fact that it is not true. However, this story did not arise out of a vacuum, but as a result of confusion.

In fact, there is another island near Iceland with the name Elliðaey. It is located near the western coast of the country. Once in 2000, on the rumours about the singer’s wish to buy the island entirely, the Prime Minister of Ireland Devoid Oddsson said that he would allow Björk to live on the island for free.

However, this did not happen, because the singer did not want her house to become a magnet for tourists and the press.

This small island of Iceland became the place for the plot of “The Island” by Ragnar Jonasson. The book is the second part of the trilogy “The Hidden Iсeland” and became the best-selling book in Iceland in 2016. The books in the series are 1. “The Darkness”, 2. “The Island”, 3. The Mist – will be released in 2020.

So, a lonely house on the island is actually not so lonely and not so mysterious. But, the interesting thing is that it is quite real to get into this house. Accordingly, the introvert’s dream of listening to Pink Floyd albums while looking at the ocean waves sounds like a completely realistic plan.

Read also: 10 Most Beautiful Islands in The World