5 Groups of Islands That Can Disappear Soon 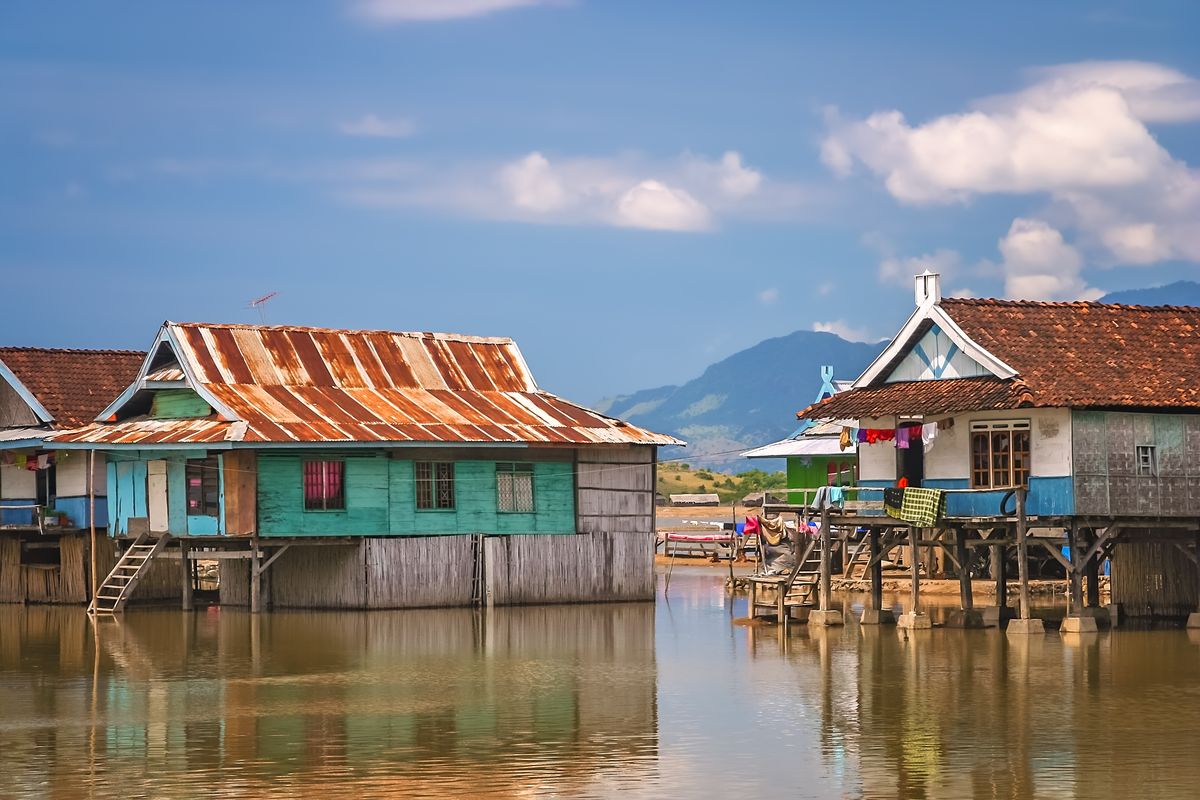 The world islands sinking and this is not intimidation. In our articles, we often describe the beauty of islands in different parts of the world. Some of them are the home to entire nations, others are still not researched, and some may be leased for a romantic or family vacation or bought for personal use. The islands are very different: if the Bahamas attract with year-round warmth and luxurious white beaches, the Scandinavians, on the contrary, enchant with their silent cold beauty.

However, there is another important issue about the islands. The fact of the matter is that many of them may disappear from the face of the earth already in this century. Some of these islands are known worldwide, the others are invariably important to their population. In this article, we will talk about 5 groups of islands that may disappear soon.

An unusual archipelago consisting of almost 1000 islands of various sizes is located in the southwest Pacific. Since 1993, the sea level here rises about three times faster than the world average. Due to this, 5 islands of this archipelago disappeared under the water over the past decade, and the other 6 islands are at risk of flooding.

Most of these islands had an area of 1 to 5 hectares and were uninhabited, however, villages and people were living on some of them (for example, more than 20 families lived on the island of Nuatambu). The inhabitants were forced to move due to the destructive power of water.

The Maldives, associated with paradisal tropical vacations by tourists from around the world, also may disappear under the water. The fact is that about 80% of islands are only one meter above sea level. According to Aminath Shauna, the minister of environment, climate change and technology in the Maldives, 90 % of islands currently reported floods, 97 % of shoreline erosion and 64 % of serial erosion.

Currently, the Maldives are sinking and fighting for their existence. The government implemented programs for adaptation to climate change and resistance to flooding. The programs include the protection and strengthening of coasts, reduction of harmful emissions, recycling of raw materials, and other changes.

On the other hand, the Maldives uses a lot of diesel, which almost nullifies the efforts described above. And if the approach of the main pollution sources will not change, great efforts will not be enough to save the Maldives from disappearance.

More than 300 Fiji Islands attract by their blue lagoons, luxurious beaches, and evergreen forests. The newlyweds often choose these islands. However, this fantastic island country also ranks a terrifying first place as a contender for flooding due to man-made global warming.

The low-lying volcanic atolls of Fiji are vulnerable to tropical cyclones, floods, and coastal erosion; it is considered that most residents of Fiji can be relocated as early as 2050.

Seychelles is another paradise on earth that is threatened with disappearance. The island chain near East Africa in the immediate future may face all the consequences of warming, including loss of fresh water, soil erosion, extinction of coral reefs, and increased frequency of extreme weather events.

Only the granite islands, where most residents live, have better chances to stay over water. However, more than half of coral islands may disappear. The biodiversity will suffer a lot in this case, as Seychelles has rich flora and fauna. For example, the world’s largest colony of giant turtles – 150,000 individuals, as well as many protected species of animals and plants live on the island of Aldabra.

Kiribati includes 33 coral islands located in the Central Pacific region. The size of the island territory is larger than India, however, now they also feel the destructive effects of warmth and ocean. Researchers suggest that Tarawa Atoll, along with the capital Kiribati, may become uninhabited by 2050.

Thus, according to Intergovernmental Panel on Climate Change, Kiribati may completely submerge in the next 30 years. Heavy floods have already destructed a large part of the coast and property of the population since the seawater increasingly damages the freshwater ponds and food crops.

To protect their houses from the ocean, some islanders plant mangrove trees, the roots and trunks of which hold the soil and calm the waves that wash away the shore.

Why Do the World Islands Sinking

The main reason for the disappearing islands is the rising level of the world’s ocean. This, in turn, is caused by climate change, rising water temperatures, and melting glaciers in Greenland and Antarctica. Even though climate change is a continuous process on our planet, this time there is a guilt of mankind. One of the main factors impacting the climate in the 21st century is carbon emissions.

Thus, carbon accumulates in the atmosphere, creating a so-called greenhouse effect: the vapours transmit sunlight but do not allow it to scatter in space. Due to this the heat from the sunlight stays in the atmosphere gradually heating it.

Climate change leads to the World Ocean level rising faster than predicted even in the most pessimistic forecasts of scientists. This may lead to faster flooding of coastal cities and islands. This assessment of scientists is based on the models of the Intergovernmental Panel on Climate Change. Its results were published in Ocean Science journal.

Thus, there is a great threat of flooding the coastlines of large and small states. According to forecasts by a group of scientists, the sea level may rise from 0.3 to 1.3 meters until 2100, depending on global warming and the level of harmful emissions into the atmosphere.

Currently, great efforts are aimed at improving the environmental situation on Earth. This is an important task for governments of all world states. This is also a challenge for every person. And while positive changes in attitude towards the environment are observed in the world, and the population of the Earth becomes more conscious and attentive to our common home, this is still not enough.

P.S. The main photo of this article is demonstrative. It shows a village with small houses on stilts on Sumbawa Island, Indonesia.