Greenland island as the biggest island in the world 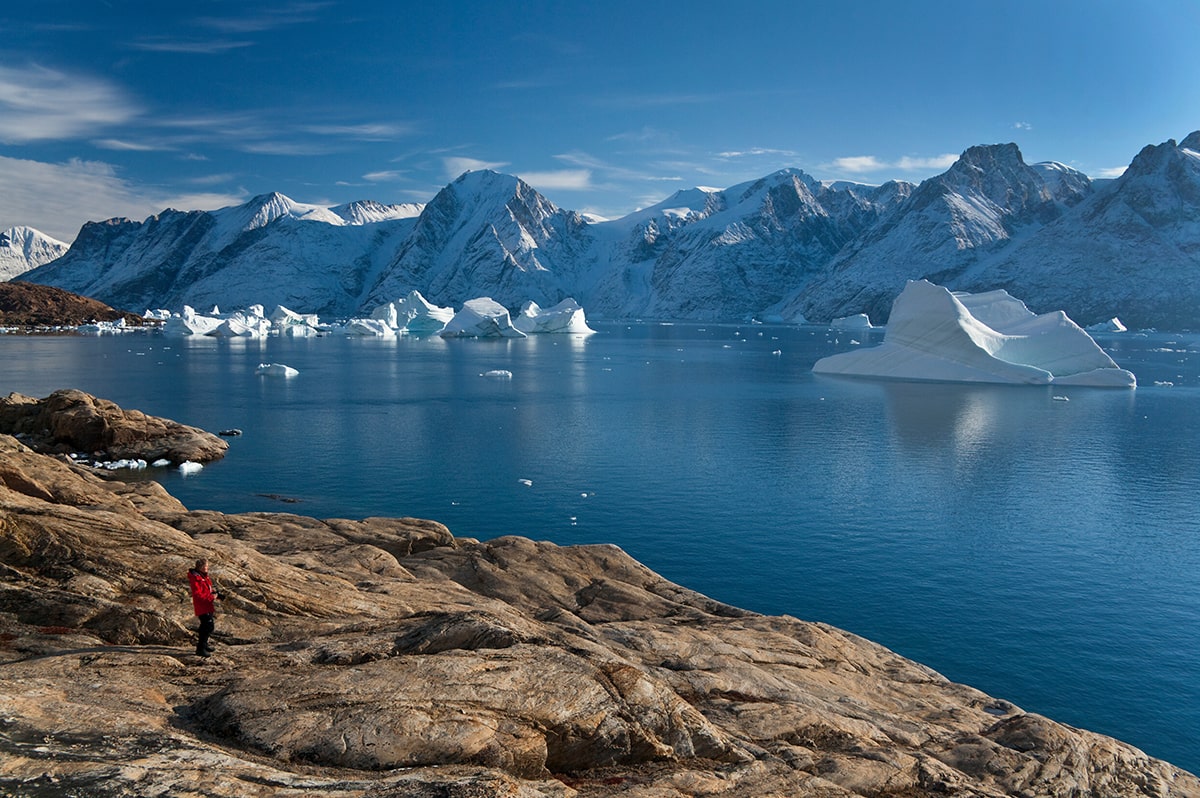 Greenland island is the biggest island in the world, as well as a country with its unique culture and ancient history. 80% of the island is permanently covered by ice. The cold climate often discourages travellers and this to some extent leaves this country behind the information and tourism curtain. People don’t know much about beautiful Arctic lands. So, we decided to open the curtain and talk about Greenland island and Greenland country on our blog.

Greenland – the biggest island in the world

The question often arises: why is such a large piece of land not considered a continent? There are several reasons why we are talking about an island and not a Greenland continent. To understand this, we need to mention the main characteristics that distinguish a continent from an island:

Since Greenland does not fit the characteristics of a continent, this leaves it on the list of islands and makes it the largest island in the world.

The island has mostly an arctic climate. Average temperatures on these lands barely reach 10°C (50°F) in summer. Temperatures can reach 20°C only in the south of the island. Winter temperatures range from -20 to -5℃. The worst frosts were recorded in the 1950s when the thermometers showed -66°C.

Low humidity is inherent in the Greenland climate. Raining in Greenland is quite a rare phenomenon. One can say that there is a little more precipitation in Greenland in the south than in the north, but it is still low. As a consequence, with low humidity, the temperature feels milder and the air always seems a little warmer. Interestingly, due to the dryness of the air visibility is very good in these lands, and you can see farther than usual.

Excessive humidity would have devastating consequences for Greenland because the rains erode the ice and cause the ice sheet to melt. In Greenland, climate change affects the flora and fauna of the island and the world as a whole: sea levels, landscapes, lifestyles, crafts, and other areas.

For many scientists, Greenland is considered ground zero for tracking climate change. The impact of global warming is most obvious here.

Greenland, which is the largest island in the world, lies between the Arctic and Atlantic Oceans, northeast of North America. Its coastline covers 44087 km and has not a single kilometre of land in common with its neighbours.

Is Greenland a part of North America? Although Greenland island is located on a common tectonic plate with North America, politically the country of Greenland recognizes its belonging to Europe. Officially, the country is an autonomous part of the Kingdom of Denmark.

The relief of the Greenland territory is mostly flat, but there are places with significant height differences. The highest point is Mount Gunnbjorn Fjeld, which is part of the Watkins Range on the east coast of the island. The mountain rises 3,694 meters above sea level. The spine also includes several other peaks of similar height.

The shores of the island are rocky. There are many fjords here with incredible views. The main island has about 100 other smaller islands scattered off the central and southern coast.

Most of Greenland island is covered by ice, and two-thirds of the country is permafrost. Only 15-20 per cent of the island along the coastal strip is ice-free. This is where most of the country’s population lives. This is one of the main reasons Greenland is the least densely populated country in the world. In 2020, the population was 56770. This is a very small figure for such an area.

Greenland’s flora is not diverse. Seeds of plants do not come here due to the isolation of the island. The only forest of Greenland stretches for 15 km. Only 5 species of green trees and shrubs can be found here. Greenland trees are rowan, mountain alder, downy birch, grey willow, and common juniper. They are found mainly in the south of the island. There are frequent tree planting events throughout the country. One of the organizations involved in planting, for example, is the non-governmental organization Dasht.

Read also: 5 Groups of Islands That Can Disappear Soon

So why is the island called Greenland?

Surprisingly, an Arctic island covered with ice is called Greenland. The history of the name probably comes from Scandinavian settlers. It is said that Erik the Red, who was expelled from Iceland for murder, was the first to go in search of land to the northwest. He may have named the island Grfnland (Greenland) to encourage others to come and settle here. This may have been an erroneous transcription of the name Gruntland (Ground-land) recorded on early maps.

After all, southern Greenland is indeed very green in summer. And according to new research, it used to be even greener due to the lush boreal forests.

How much did the US offer to buy Greenland?

The U.S. has repeatedly raised the issue of the “purchase” of Greenland from Denmark, beginning in 1867. The purchase of large islands is a normal practice. In 1917 Denmark sold the West Indies to the United States which received the name of the United States Virgin Islands after the sale. At that time, the United States paid USD 25 million in gold, the equivalent of about USD 500 million in today’s realities. The purchase of Greenland would cost at least three times as much now. But certainly, such an agreement involves much more than just paying an established price.

The last time purchase of Greenland was discussed was in 2019 under Donald Trump’s presidency. However, both the Greenland and Danish governments rejected the offer. Politicians’ statements varied: some diplomatically explained that Greenland was not for sale, while others called it an absurd idea or simply regarded it as a joke.

At the moment, however, the biggest island for sale in the world is Andrews or Little Ragged Island, in the Bahamas. Its price is $19.5 million.

The prices for European private islands are available for sale on this website by link.