Moskito Island as One of the Richard Branson’s Caribbean Island 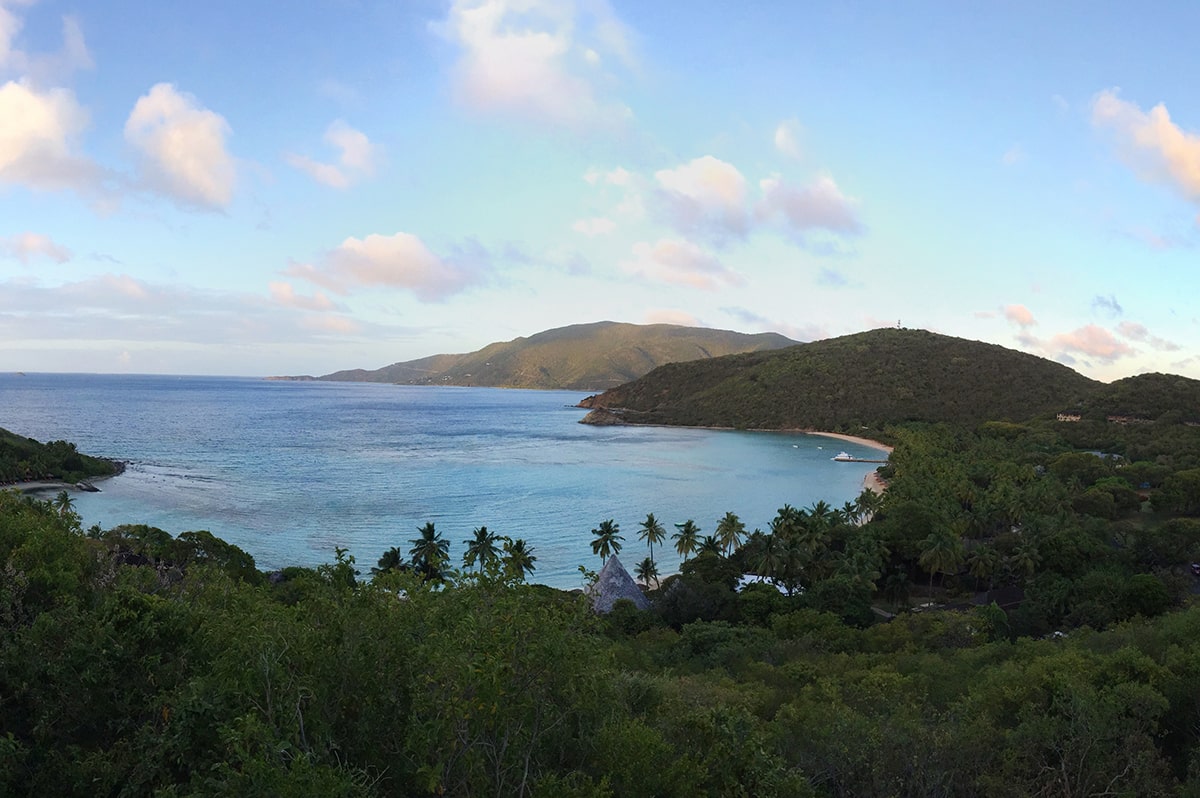 Moskito Island (sometimes spelt Mosquito Island) belongs to the British Virgin Islands archipelago and is located near Virgin Gorda. In the 1960s and 70s, the island belonged to entrepreneur Bert Kilbride. In 2007 Sir Richard Branson purchased the island for £10,000,000. He also owns the nearby Necker Island. Currently, a luxury recreation complex operates on Richard Brandon islands, where guests can enjoy life with all the comforts.

The area of Moskito island is only 125 acres. These are hilly lands, mostly covered with semi-deciduous forests, accustomed to a thin layer of soil of volcanic origin. In general, the island has a tropical flora, like the other Virgin Islands. Palms, shrubs, and cacti are common here. The fauna is represented by a large number of colourful birds, there are turtles, lizards, iguanas, frogs, etc.

The highest point of the island is 83 meters.

As we mentioned, the island was originally owned by Bert Kilbride, and in 2007 it passed into the ownership of British entrepreneur Sir Richard Branson. This is not the billionaire’s first island. He also owns the nearby Necker Island.

According to Branson, as soon as he heard about the sale of Moskito Island, he immediately began making plans for a luxury hotel on the island. Another important requirement for his project was the preservation of the island’s nature.

That idea was realized. The recreation complex was built on the island, which embodied all the best ideas of luxury and ecological life. There are three private estates on the territory. There is also a real estate manager, a team of staff, and a private chef. Various water sports, spa, and all amenities are available on the island.

Let’s take a closer look at the estates on Branson’s private island.

The Branson Estate. The estate is located in the northeastern part of the island on an elevated site and consists of three villas. Each has a spacious deluxe suite and other rooms. Some rooms have a private terrace, lounge chairs, and separate bathrooms, and others even offer an outdoor shower and bathtub. The interior and exterior of the estate are in Balinese style. There are wooden walkways between parts and rooms of the complex. There is also access to The Cove private beach.

The Point Estate. The hotel is located on a cliff. It is a 4-level branched building with 7 guest rooms and another bi-level room. The hotel can accommodate 14 adults and 8 children. Guests can swim in the large panoramic pool with underwater windows, relax on lounge chairs, and watch turtles living on the Lime Tree Bay beach.

The Oasis Estate. The complex is located on top of the island and offers incredible views. The 4-story house can accommodate 18 people. The estate offers very bright and spacious rooms, panoramic windows, and a large pool.

Read also: All the Answers to Questions about Jeffrey Epstein Island

The Moskito island rentals’ prices depend on the estate chosen, as well as the vacation season. In general, the cost of renting an estate in 2022 is as follows:

Prices are per day of rental of the estate in the low season. The price to rent Richard Branson’s island includes a range of services along with transfer and individual meals.

The low season is considered the period from early June to late September. In the high season, prices go up 1.5 times. The peak of the season is the periods January 7 – May 31, October 1 – November 18, and November 27 – December 21. All the details on the cost of renting the island and real estate you can find on the official website.

In the last decade, Moskito Island evolved into an exclusive private island that became important for both hosting guests and like-minded people, as well as for nature conservation. Four homes are currently sold on the island, including the Branson Estate on Moskito Island. Construction of other houses continues. There are also land plots with houses that you can buy and join the Moskito Island project. Several lots are offered for sale now.

Lot No. 8. Cost – USD22,500,000. There are two houses with spacious rooms, terraces, and pools. Each lot is a great platform to implement an individual vision of vacation on a private island.

Lot No. 5. Cost – $24,000,000. The island plot with a hotel project is located on the way to Manchioneel Bay with a private beach and a clear azure sea. The plot is located in an elevated position, 60 meters above sea level. The lot includes 3 hectares of hilly terrain and is surrounded by an undeveloped nature conservation area with a palm forest. This provides privacy and isolation of the territory.

Moskito Private Island can become your special place of rest and inspiration. It can also become your business and the implementation of your concern for travellers and the beautiful nature of the Virgin Islands.